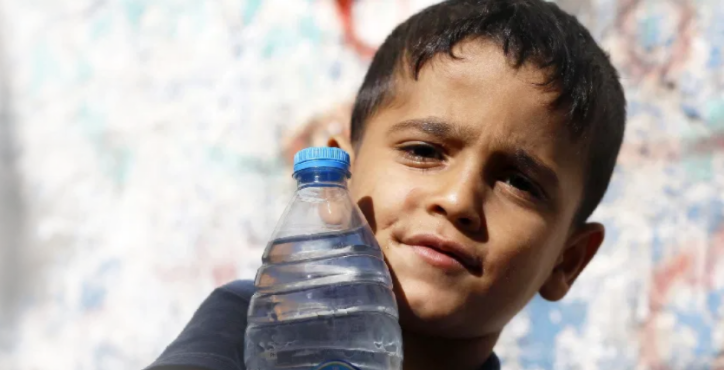 Since 2013, SOLIDARITÉS INTERNATIONAL has been working in Lebanon to assist 75,000 Syrian refugees scattered across 1,600 informal tented settlements in the Bekaa and Akkar. Large-scale needs and deteriorating conditions have driven our teams to constantly innovate in order to deliver the most suitable and sustainable water and sanitation responses.

In Lebanon, most of the population gets their water from private, unregulated wells or water delivery trucks. Only 8% of wastewater is treated. The 1.5 million Syrian refugees in the country—310,000 of whom are living in 5,900 informal tented settlements (ITS — represent an additional strain on infrastructures, resources and the environment.

This situation has been compounded, since October 2019, by ongoing socio-economic and political turmoil, and now, on top of that, the Covid-19 epidemic: the current crisis has heightened tensions between communities and fueled stigmatization of the Syrian population as a source of problems.

In order to reduce this dependency, our NGO has been developing alternative solutions. By connecting informal settlements to local water sources, we have provided water access for domestic use (washing, etc.), thereby reducing truck-delivered water needs by 70%.

However, since most groundwater is contaminated by domestic and industrial wastewater and chemical farming inputs, the 30,800 people living in these settlements still rely on delivery trucks for their drinking water supply.

To solve this problem, our teams have installed treatment systems wherever they can feasibly reduce truck delivery needs. Since 2017, 18 sites have been fitted out with ultrafiltration systems which treat microbiological contamination while requiring no electricity and little maintenance. All the same, chemical contamination remains an obstacle to wide-scale implementation.

This is why, in 2019, we started testing more complex reverse osmosis treatment systems and, in 2021, will also test an ion exchange system. Given the cost, energy usage and greater maintenance requirements of these technologies, our teams will look into ways to adapt them as alternative solutions to truck-delivered water in informal settlements. These alternatives to delivery would save about 850,000 euros while helping to reduce the vulnerability of these sites.

To address sanitation needs, SOLIDARITÉS INTERNATIONAL has been installing septic tanks wherever conditions allow since 2015, thereby reducing latrine-emptying costs. But questions of cost and sustainability are compounded by health and environmental concerns. The sheer number of sites concerned, their instability (population movements, creation/evacuation of settlements) and government restrictions make it difficult to establish a suitable wastewater management system, particularly for gray water, most of which gets released back into the environment.

Since 2019, our NGO has been involved in a pilot project, funded by UNICEF, to develop innovative wastewater treatment systems in informal settlements. The economic crisis and Covid-19 have slowed our progress, but by early 2021, 14 systems will have shown their first results. This year, thanks to the European Union, our teams will also target those informal settlements designated as “priority” by the Water Sector in order to decrease eviction risks and social tensions by reducing wastewater discharge as well as the amount of sewage to be transported to treatment stations.