The ISFD is the poverty alleviation arm of the Islamic Development Bank Group. It was established by a decision of the 3rd Extra-Ordinary Summit of the OIC heads of State and Government, that was held in Mecca in 2005. It was officially launched in 2007 and began operations in 2008. ISFD fights poverty by improving and enhancing the income of the poor and promoting human development. Since it was established, the Fund has launched three flagship Programmes: the Vocational Literacy Program (VOLIP), the Microfinance Support Programme (MFSP), and the Sustainable Villages Programme (SVP), Renewable Energy for Poverty Eradication (REPOR) and Save the Mothers Programme.

The initial target capital of the Fund is set at US$ 10 Billion, to be raised from IDB member-countries and IDB itself. To ensure continuity and sustainability, the capital resources of the Fund are being maintained as Waqf (Islamic endowment/ Trust). The return on the investment is used to finance poverty reduction programs and projects in member countries. In addition to the initial capital resources, the ISFD Board of Governors (BOG) took a number of complementary resource mobilization initiatives. These include Resolution No ISFD/BG/3-1433 which, among other things, calls on member states to support ISFD by allocating to the Fund a suitable waqf (land, building, or other assets) that can be developed to generate revenue. 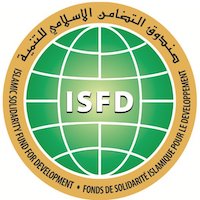