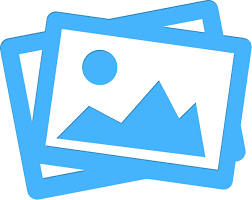 Ministries from Syria’s neighbor countries, representatives from the United Nations, Security Council permanent members, as well as representatives from leading donor countries - Canada and Sweden, met on October 28th during the Conference on the Syrian Refugee Situation in Berlin, 2014 in order to discuss the future of interventions regarding Syrian refugees and Internally Displaced Persons (IDPs).

The need for a durable solution of the Syrian conflict has been discussed, together with the necessity to increase in-country funding in order to build resilience as well as start to rebuild the country where possible. In addition, it has been discussed that donors should support multi-year initiatives in order to increase the predictability of their strategy in host countries, along with the establishment of a regional trust fund which will mobilize funds and allocate them in a more predictable way that will focus on education and aim at re-enrolling Syrian children back into schools.

For the upcoming period, the response to the Syrian refugees crisis will focus on promotion of human rights, protection (especially of women, children, elderly and disabled people), fighting sexual and gender-based violence and all forms of exploitation, basic health care, water and waste water, and education. Donors will also continue their support to initiatives that aim at the integration of Syrian refugees in host countries and mutual understanding between them and the local communities.