Al Balad Theater is a multi-purpose artistic and community space. It was established by renovating an old cinema, which was built in the 1940’s.  The Al Balad Theater aims to promote emerging and established artists from Jordan, the region and the world by presenting their cultural projects, mainly in the field of performing arts by providing a rehearsal spaces and spaces to perform and showcase.

Al Balad Theater also contributes to strengthening the cultural movement in Jordan through interaction and cooperation with all performing art groups, NGOs, and individuals, public and private, in Jordan, the region, and the world, Al Balad Theater carries out many activities such as: 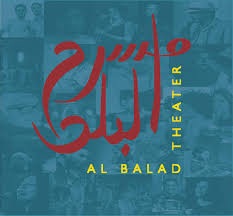