Dawlaty is a nonprofit foundation that believes in nonviolence and peaceful resistance, and works towards achieving a democratic and peaceful transition in a state that upholds human rights, equality, tolerance and diversity. Dawlaty works to support  of civil society to become active participants in transitioning Syria to a just democratic state. Dawlaty works to build the knowledge of civic values and life skills of young people to engage in their communities and nation.

In addition, it works to build an archive of stories and artworks in order to immortalize the memory of the Syrian uprising and highlight the experiences and voices of marginalized groups within the Syrian conflict. The organization works on the ground and online to document, advocate and build capacity for civil society group and young people. Dawlaty works in partnership with Syrian organizations and solidarity groups to amplify Syrian voices.

Dawlaty works as a platform to develop and share materials for and build capacity of young Syrian activists and the public on subjects relating to democratic transition. Within a few months, they had established a very good reputation with a credible record of capacity building and partnerships with prominent Syrian activists, groups and networks inside Syria and the region. 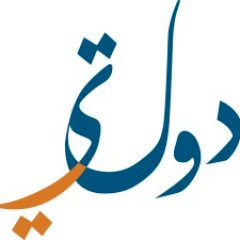