HarassMap is an award winning volunteer-based initiative founded in late 2010. HarassMap is based on the idea that if more people start taking action when sexual harassment happens in their presence, We can end this epidemic together. They support individuals and institutions to stand up to sexual harassment before or when they see it happen. They believe that taking a collective stand against sexual harassment, re-establishing social consequences for harassers – and making role models of people who stand up to them –  harassers can be deterred from harassing again.

HarassMap has a reporting and mapping system, for everyone in Egypt to anonymously share their stories of experiencing, witnessing, or intervening against sexual harassment. Then they use reports, research, and experiences from work in schools, universities, and workplaces to create campaigns to change the perceptions that create and reinforce a culture of blaming the harassed, excusing the harasser, and accepting sexual harassment. 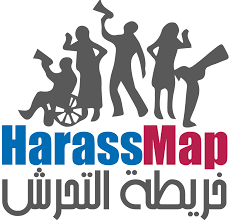