Nando and Elsa Peretti Foundation was founded in 2000 as a philanthropic foundation, Over the past 15 years, the NPF has awarded grants to over 852 projects, for an overall estimated value of more than EUR 42 million with many more projects to come. The Foundation was thus able to reach and impact on 79 different countries all over the world. The NPF has granted resources to global issues such as the fight against deforestation, valuing and encouraging at the same time smaller, more specific and time-limited projects, such as the support to local disadvantaged communities. They believe that the results of our action give credit to this approach.

Initially, They have two major commitments: an emphasis on environment and wildlife conservation, and a focus on humanitarian and charity programs, with a particular attention to first-aid interventions for relieving poverty and suffering.

The Nando Peretti Foundation aslo awards grants to finance projects aiming at a wider variety of purposes than originally planned. 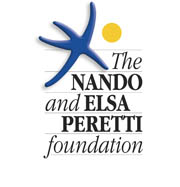