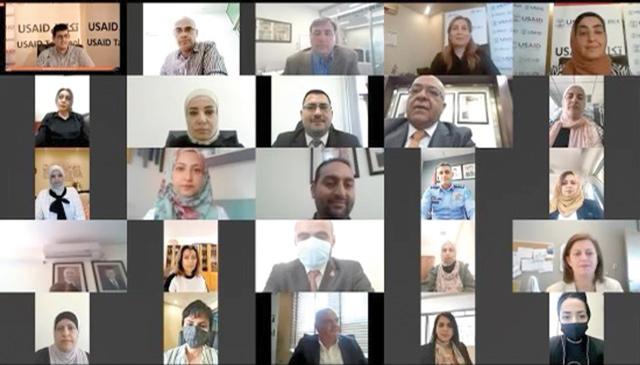 The public sector is forming a network of gender focal points that will work together to mainstream gender and advance women’s rights, according to the Political and Parliamentary Affairs Ministry.

The announcement came during a virtual event on Monday held by USAID Takamol in cooperation with the Political and Parliamentary Affairs Ministry, according to a ministry statement.

The USAID Takamol is a programme that seeks to promote gender equality and women’s empowerment in Jordan.

The lack of female representation in government leadership demonstrates that gender inequities still exist in the public sector, according to USAID Takamol.

Furthermore, in the public sector, a lack of gender sensitivity contributes to major gender disparities in the workforce, it said.

USAID Takamol highlighted the newly updated programmes at the Institute of Public Administration that are more gender-sensitive, according to the ministry statement.

The gender data dashboard, developed by USAID Takamol, will enhance government collaboration on gender data collection, review, and reporting. Furthermore, the dashboard will continue to support initiatives for gender mainstreaming as it will be incorporated into public sector policies, strategies, and action plans, the statement said.

Minister of Political and Parliamentary Affairs and the Head of the Inter-Ministerial Committee on Women’s Empowerment, Minister Musa Maaytah said: “The gender data dashboard is an effective mechanism for developing a unified tool between various ministries and national institutions to prepare reports and track progress in gender projects.”

“It is an opportunity to improve the level of national and governmental reporting on gender indicators in the future, which will enhance Jordan’s position internationally,” he added.

During the virtual event, USAID Takamol also celebrated the graduation of 23 trainers from nine different institutions who completed a year-long gender Training of Trainers (ToT) programme. These graduates are to help mainstream gender where they work and advance women’s roles within their organisations.

“The committee seeks to unify and coordinate the government’s activities in the field of women empowerment, as well as promote policies that integrate gender into different industries, in order to address obstacles such as the lack of gender data,” Awaysheh said.

The ministerial committee will be able to recognise strengths and growth opportunities using the gender data dashboard as well as share this knowledge with decision-makers at the agency or ministry level, Ayawsheh told The Jordan Times.

Awaysheh indicated that gender inclusion in the public sector training programmes at the Institute of Public Administration would help provide public sector workers with gender expertise and perspectives.