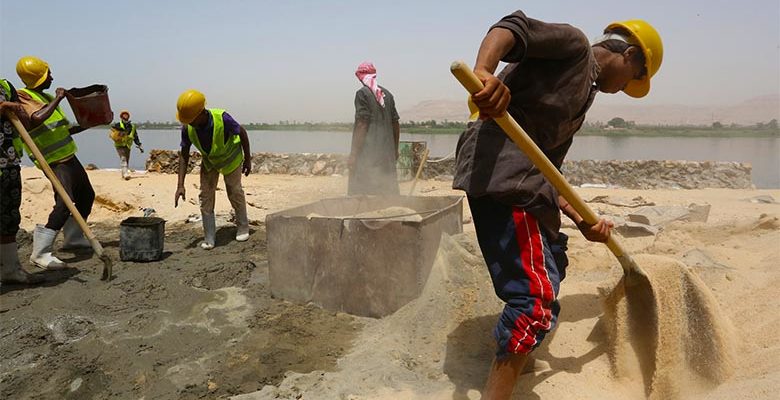 The World Bank and Egypt signed an agreement today for a US$1 billion program to support the next phase of the country’s reform program, which will focus on creating opportunities for Egyptians and raising living standards by promoting the private sector and improving government performance.

The new program will help finance the government’s own economic development program, ‘Egypt Takes Off,’ with a focus on promoting small businesses, the country’s largest source of jobs, while improving the capacities of local governments to deliver services to their citizens and guide local development.

The signing ceremony for the Private Sector Development for Inclusive Growth development policy financing took place in Sharm El Sheikh, Egypt on the margins of the ‘'Africa 2018’’ investment conference, and was attended by the Prime Minister of Egypt, Moustafa Madbouly. Dr. Sahar Nasr, Minister of Investment and International Cooperation signed on behalf of Egypt with the World Bank represented by Ferid Belhaj, Vice President for the Middle East and North Africa.

‘’Our aim is to create more and better opportunities for Egyptians, and promote inclusive and sustainable development; our partnership with the World Bank is accelerating our efforts towards that goal, ‘’ said Dr. Sahar Nasr, Egypt’s Minister of International Cooperation who also represents Egypt on the World Bank’s Board of Governors. ‘’Small businesses are our biggest source of jobs, and with the support of this project we are aiming to provide them with a more conducive environment, that will enable them to start and grow their businesses, with a focus on youth, women, and underserved regions.”

The new program is part of a broader package of Bank support for Egypt’s goal of unleashing the power of the private sector while reallocating public funds to building human capital, by investing in the education and health of its people. With the support of a multi-year Bank program that ended in 2017, Egypt’s economic reforms have boosted growth from 4.2% in 2017 to 5.3% in 2018, with growth expected to climb to 6% next year. Reforms in the energy sector have made the supply of electricity to businesses and people more reliable and attracted over US$15 billion in foreign direct investment.

Energy sector reforms have freed up public funds for the quadrupling of budgets for social safety nets. Almost 10 million of the most vulnerable Egyptians now receive cash transfers that not only protect them from potential adverse effects of the reforms but build paths out of poverty by encouraging families to focus on the education and health of their children. At the same time, the Bank is supporting reforms to the education system, that will expand preprimary education to 500,000 children and equip students with the modern skills in demand by the labor market. The Bank is also partnering with Egypt to expand the quality of and access to health and sanitation services; including a project that supports the mass screening and treatment of Hepatis C, which has already screened 10 million out of a target population of 40 million, and a project that has connected almost 2 million Egyptians in the Nile Delta to improved sanitation systems

“Egypt is pushing at the boundaries of reform to invest in its people while creating a modern economy driven by a dynamic private sector,” said Belhaj. “The steps taken so far are crucial for reaching these ambitious goals, with well targeted safety nets that ensure the most vulnerable are protected and young men and women in good health and with the right skills able to seize opportunities generated by the private sector, with their creativity and drive becoming an engine of growth.”

The World Bank has a diverse package of support to Egypt focused on expanding social protection and social inclusion of citizens, improving competitiveness and infrastructure in less developed regions, developing a digital development strategy for the jobs of tomorrow, leveraging private sector investments for infrastructure, and reforms in the education and health sector to help build human capital. The World Bank currently has a portfolio of 16 projects in Egypt with a total commitment of US$6.69 billion.