Conflict and inequality remain the defining features of children being raised in Iraq today, according to the first comprehensive survey conducted by the United Nations Children’s Fund (UNICEF) in seven years.

“The data is the clearest indication yet that the most vulnerable children in Iraq are the ones that are most likely to fall behind,” Peter Hawkins, UNICEF Representative in Iraq said on Monday.

Most poor children are not receiving any form of Government assistance, and even as the fighting has subsided, 80 per cent of all children experience violence – either at home or in school.

While 92 per cent of children are enrolled in primary school, just over half of those from poorer backgrounds complete their education. The gap widens in upper secondary school, where less than a quarter of poor children graduate, compared to three quarters of children from wealthier backgrounds.

Half of the country’s public schools need to be rehabilitated, while one-in-three juggle multiple shifts, squeezing children’s learning time.

The five governorates with the lowest school enrollment and attendance rates are concentrated in the country’s poorest southern governorates, and the two that have borne the brunt of the last few years’ violence, Anbar and Ninawa.

Regular school attendance regularly is essential for the more than one million children who require psychosocial support to cope with the invisible wounds of war.

“The hard-won gains to end the conflict in Iraq and transition to a stable future could be lost without additional investments for all children to reach their full potential,” stressed Mr. Hawkins.

On a more positive note, Iraq has made progress on health, including maintaining high levels of assisted births and reducing newborn mortality. Babies who die in their first month of life dropped from 20 deaths per 1000 live births to 14 since the 2011survey was conducted.

But the challenges arise soon after birth when only four out of 10 of children are fully vaccinated – with mostly the poorest missing out. Moreover, half of all Iraqi households risk drinking contaminated water and less than 40 per cent of the population has access to drinking water at home, increasing the grave risk of waterborne diseases.

“As Iraq moves past the violence of the last few years and forges a new path for itself, it must prioritize the wellbeing of all children,” underscored Mr. Hawkins. 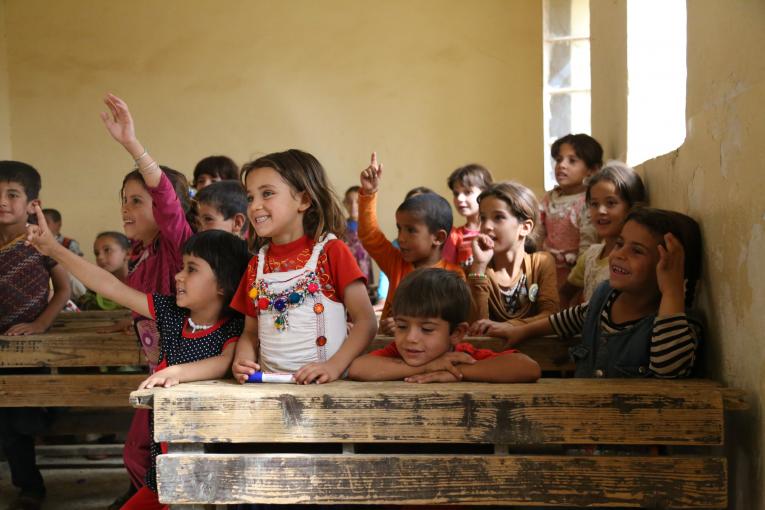 To maintain Iraq’s recent gains and protect all children, UNICEF called on the Iraq Government to invest in services that benefit children affected by conflict and poverty, and to work towards putting an end to all forms of violence against children.

The study was launched under the auspices of Iraqi Prime Minister Adel Abdel Mahdi.

“Children are the future of this country, and a growing gap between the haves and the have nots sows discord and is detrimental for children and for Iraq ... With the right commitment and the right policies in place, the Government of Iraq can make a difference,” said the UNICEF Representative.