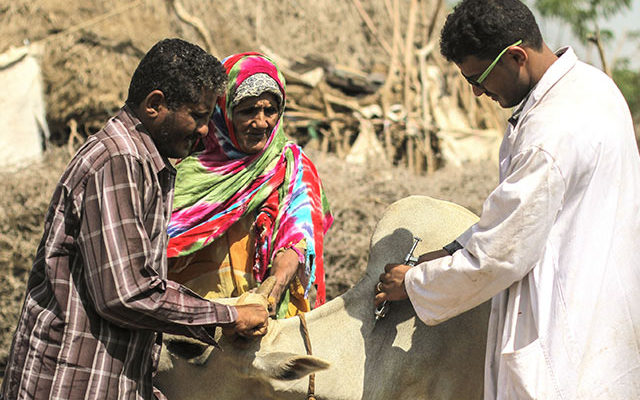 FAO and Japan are partnering since the beginning of 2019 to fight malnutrition and food insecurity in conflict-ridden Yemen, which is facing the world's largest humanitarian crisis. Japan has contributed over $9 million to back FAO's work in the country, to provide crucial agricultural inputs and services, including the distribution of cereal and legumes seeds, restocking of livestock, and the rehabilitation of irrigation systems and other agricultural facilities, using "cash for work". These interventions help food insecure households produce life-saving food and generate income as well as stimulate local economies through rural job creation. The two-year project aims to reach about 200,000 conflict-affected Yemenis.

According to the latest Integrated Food Security Phase Classification (IPC) analysis in December 2018, almost 16 million people in Yemen (53 percent of the population) are experiencing severe acute hunger. Without humanitarian food assistance, over 20 million people (67 percent of the population) would be severely food insecure, with a significant number being on the brink of famine.

Malnutrition levels also continue to soar in Yemen. A recent survey showed that almost one third of families have gaps in their diets, and hardly ever consume foods such as pulses, vegetables, fruit, dairy products or meat. More than 3 million pregnant and nursing women and children under five need support to prevent or cure malnutrition.

Agriculture is a vital sector for food and nutrition security in Yemen, ensuring employment for 54 percent of the population, and must be an integral part of the humanitarian response to prevent Yemen's dire food security situation from worsening, FAO warned. In total, FAO is appealing for USD 218.5 million to provide agricultural support to 8.6 million people in 2019.

In March 2019, the Government of Japan has availed USD 892,857 in new funding to fight acute food insecurity and malnutrition in Yemen. 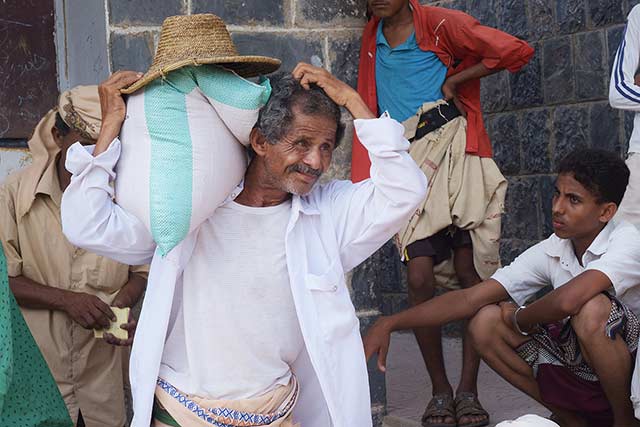 The project was implemented in two governorates, both regions in need of urgent help. It targeted communities that have been forced to flee their lands and the resident families who are hosting them. It also assisted communities who had previously fled under duress and have recently come back home. The same beneficiaries then received a comprehensive assistance package of both short-term help and the means to sustainably address nutritional and food security problems. The farmers were trained on good practices in managing backyard chicken farms. They also received poultry packages, which included feed and live chicken. 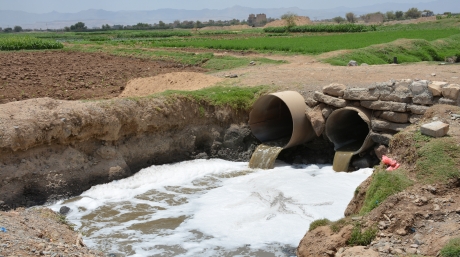 With freshwater extremely scarce and sewage disposal systems in disrepair, more and more people are using water of dubious quality, leading to infections. Farmers are aware of the dangers of using this water, but with few other options available – and the need to grow food so great – many feel like they have no choice. Seeing this problem, FAO and Japan partnered with the Water User’s Associations (WUA’s) to install small-scale wastewater treatment plants that can produce safe water for agricultural use.

Through already established Water Users’ Associations, the project is also intensifying public awareness campaigns regarding safe water use in agriculture, food processing and preparation. Farmers are being educated on the perils of untreated wastewater on human and animal health.  The campaigns also focus on the environmental dangers that contaminated water poses to the soil and ecology.

The FAO-Japan project will save thousands of families living in Sana’a who rely on vegetables from this region. While this project has done a lot to mitigate the spread cholera, it is, however, not enough to cover the irrigation demands of the population. FAO is thus proposing to scale up interventions through a new phase, which will see new plants constructed covering the remaining 320 hectares available.  This will allow farmers to expand their vegetable production while ensuring that untreated water is not used to irrigate vegetables in Bani Al-Hareth.

Water, food, health: the basics that everyone should have. Through this project, FAO and Japan are working to ensure that the Yemeni farmers who toil the soil every day and thousands who nourish their families with fresh vegetables from the markets, can do so cholera free. 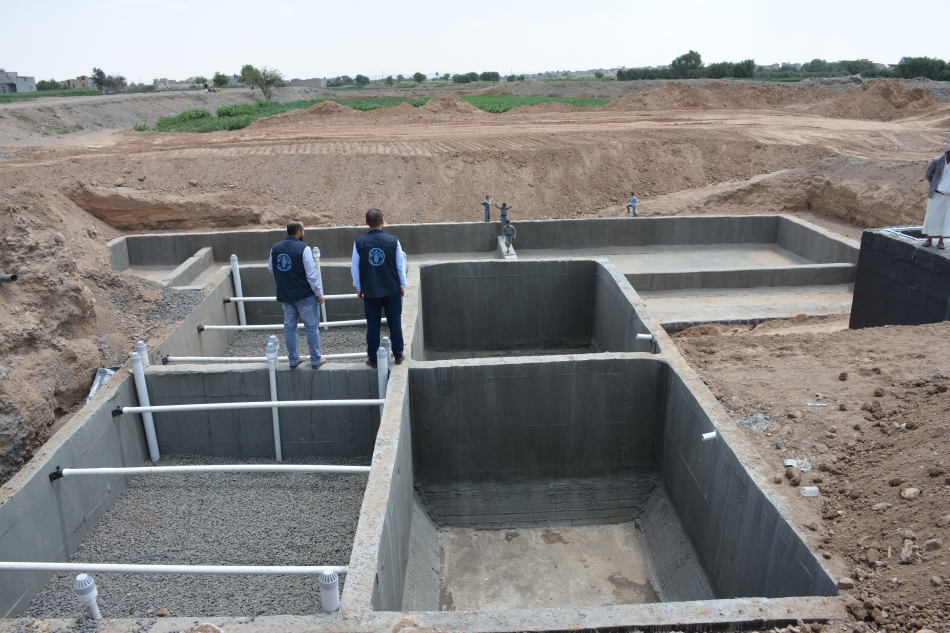 Through another project, farmers have begun receiving seeds thanks to the joint efforts of the Government of Japan, Yemen’s Ministry of Agriculture and Irrigation and FAO. The seeds will assist the most vulnerable families in getting a head-start on the current agricultural season. The current seed distributions will see 9,750 vulnerable families in five governorates in Yemen receive a kit containing beans, millet and sorghum seeds.

In addition to growing food, the targeted families will also be able to produce their own seeds for future agricultural seasons. This will boost their self-reliance in a country where impacts of conflicts have been ruinous for both lives and livelihoods”, said Hussein Gadain, FAO Country Representative to Yemen.

By prioritizing livelihood programs that increase food and livestock production as well as diversify income sources, this FAO-Japan partnership is equipping Yemeni families with the tools they need to earn a living even in the face of the conflict-induced crisis.

Food insecurity continues to rise four years into the conflict in the country. FAO has developed an Emergency Livelihoods Response Plan (ELRP) for Yemen. The plan aims to reduce acute food insecurity and save the lives of the support 7 million vulnerable people in 2019.