There are many social, political, religious, tribal and economic reasons that contribute to defining gender roles in Iraq. With a long history of colonial rule, foreign intervention, successive conflicts and a volatile socio-economic context, Iraq experiences pronounced gender disparities and social norms that perpetrate Gender-Based Violence (GBV). Recent data collected as part of the Oxfam-led Naseej project confirm how gender roles and social norms formulated in a society are tolerating and creating an impunity culture to GBV In Iraq.

At the same time reporting GBV incidents is a great challenge, as stigma, shame, fear of retaliation, and the weak rule of law among other factors, lead to a culture of silence and under-reporting.

GBV is seen as a private issue that needs to be handled within the family. Respondents shared that reporting GBV cases would undermine the status of men in their community. Some male participants dismissed the role of women’s rights organizations (WROs) in providing services to GBV survivors expressing that “issues among married couples can be solved by buying a bunch of flowers, tolerance and negotiations”.

“It is not possible to report cases of GBV as there are no rules, no punishment for the perpetrator and the survivor is forced to choose between reporting and saving her reputation”

In the absence of trusted law enforcement and rule of law bodies and with the lack of trust in service providers, women are left to face severe consequences. For instance, two out of three of the survey respondents reported that “killing women” is acceptable in their communities “to wash the family’s reputation”. Other possible punishments for women who do not conform with traditional expectations include confinement and divorce. The same severity of punishment does not apply to men. As one participant stated, if a cis-gender, heterosexual man does something considered dishonorable “[…] his family will isolate him and not sit with him to eat”. 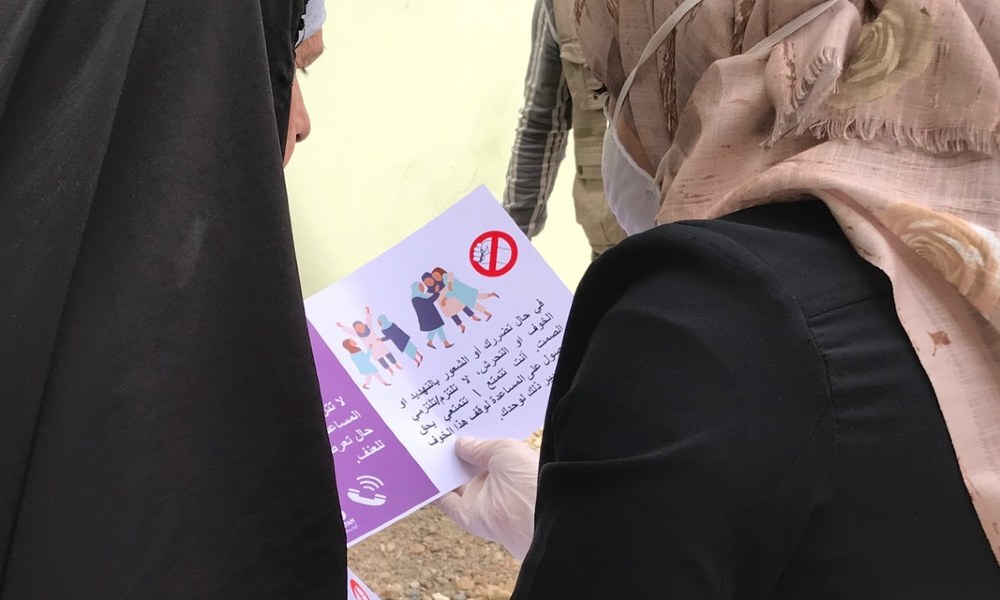 Across all locations, survey respondents reported girls being over three times more likely to be married below 18 than boys. The main reasons for early marriage are to protect the girls’ honour, to prevent them from delinquency and being abused by other men and militias including ISIS.

Financial constraints are also a key factor of early marriage. Marrying girls underage is a form of GBV in itself and exposes them to further forms of violence. One interviewee stated “early marriage destroys the girls. I call this selling, not marriage” (Muqdadiyah -Diyala, humanitarian worker, female, 31). Even when many community members recognize that early marriage contributes to GBV, they still justify it as “being single is not an acceptable civil status”.

Social norms also apply to control women’s bodies, dress code and behaviour. According to a traditional leader in Diyala “an honourable woman is the one who wears proper clothes, who does not mix with men, who does not go to the market, whose body and hair nobody sees and someone against whom people do not speak” (Diyala, Moukhtar, male, 45). Women are to a great extent reduced to their reputation; an object limited by the boundaries of so-called morals. Men and society appoint themselves as the guards of these oppressive social norms that they created. Severe punishments including “honour killing” is used as a tool to prevent and fix any “deviation” and reinforce strict patriarchal social norms. As explained by interviewees, “women consist of honour, and if there is no honour there is no life” (Fallujah – Anbar, humanitarian worker, male, 28).

Supporting a transformative approach to social norms as a strategy to prevent and respond to GBV and to support women, girls, men and boys to reach their full potential is a cornerstone of the Naseej project.

The implementation of our project, Naseej, is crucial due to the issues at hand. Firstly, documenting GBV in locations where there is limited data available, is essential because what is not named, simply does not exist. Secondly, this project will be implemented with a two-prong approach. WROs will be supported to improve services for GBV survivors as well as being encouraged to work with communities and the government to change both social and state norms which perpetuate GBV and impede women and girls from reaching out for support.