Waste to (positive) energy in Jordan 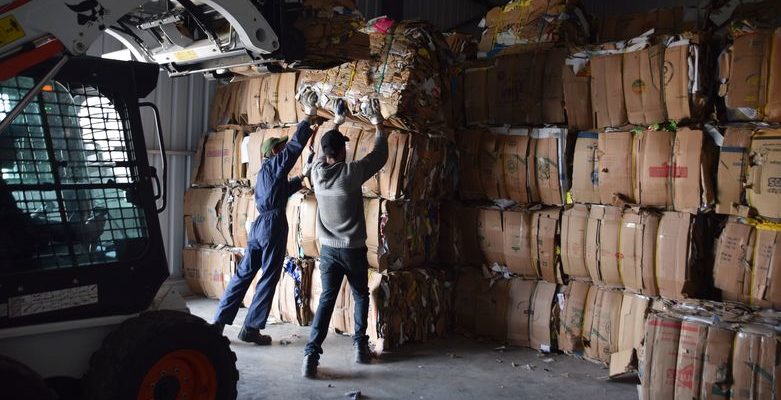 According to UNCHR – the UN Refugee Agency, Jordan is still acting as a haven to over 670,000 people from Syria, most of whom have been there since 2014 (data from early 2018). However, unofficial estimates are much higher, meaning that the population has increased by at least 10 per cent. The arrival of Syrian refugees has also resulted in dramatically increased quantities of waste. Municipal authorities are often overwhelmed and the consequence is the uncontrolled accumulation of waste. These problems have also led to conflicts between the local population and refugees.

Waste collection and recycling of materials is providing employment, in particular for disadvantaged members of the population.

The project is creating employment opportunities in waste management for members of particularly disadvantaged groups. The project offers Syrian refugees and Jordanians employment for at least 50 days and also aims to create long-term jobs. As part of a participatory process, a cash-for-work system is being established in 12 municipalities and at two refugee camps. The work covers various tasks, from the collection of waste right through to the processing of materials. GIZ has commissioned international non-governmental organisations to implement these cash-for-work measures. For example, OXFAM Germany is running a collection operation for recyclable materials at the Zaatari refugee camp. Syrian workers collect waste and bring it to a recycling centre at the camp where paper, metals and plastics are sorted and processed. The materials are then sold for re-use. The project is implementing similar measures at the Azraq refugee camp with the partner organisation ACTED.

In addition, recycling centres are being established in a total of nine municipalities. Two are already operating, while all of the others will be ready to operate by mid-2019. Three pilot composting plants are also either being built or are in the pilot operation phase.

This job-creation initiative is being supported by various dialogue forums and initiatives for raising awareness in the area of waste avoidance. GIZ is cooperating with the Danish Refugee Council (DRC) in this regard. The project is increasing awareness of sustainable waste management and drawing attention to the significance of this issue for health and hygiene. At the same time, the dialogue process is counteracting the existing potential for conflict among the population.

With the aid of co-financing by the European Union, measures are being developed that integrate the informal recycling sector while also improving the working conditions of workers. In addition, an awareness campaign on waste management is being developed and tested in selected municipalities.

To establish waste collection and processing on a long-term basis and provide the necessary knowledge, the project is fostering cooperation with Jordanian and German universities.