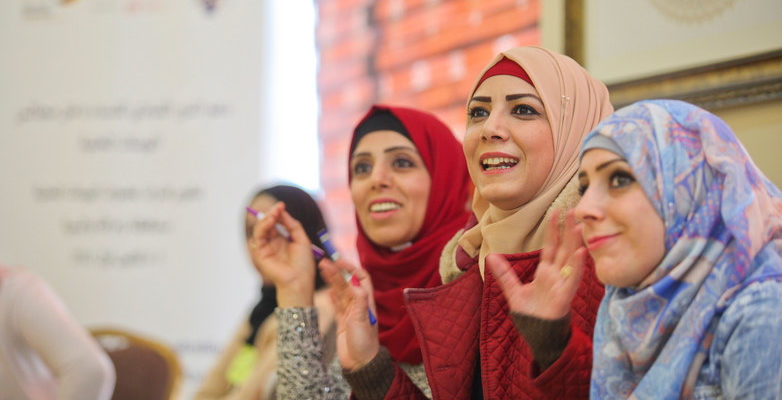 With its Special Initiative on Stabilisation in North Africa and the Middle East, the German Federal Ministry for Economic Cooperation and Development (BMZ) aims, among other objectives, to reinforce democratic transformation processes. This requires the active participation of men and women across the region.

However, many Middle Eastern countries come low down in the ranking for political involvement of women. From the perspective of the women and communities concerned, growing significance is now accorded to the balanced participation of women and men. There are still too few women involved in local councils and similar bodies. Those who are active often have insufficient knowledge or experience to contribute at a professional level in the relevant areas, for instance in setting up municipal budgets, rather than just in the fields typically assigned to them, such as education and health care. In general, women’s political and formative participation in decision-making in the Middle East remains rudimentary.

Women’s political and formative participation in decision-making has been strengthened in selected communities of the Palestinian territories, Jordan and Lebanon.

This programme builds on experience gained through the Promotion of Gender-Sensitive Municipal Decision-Making Programme in the Palestinian territories. That earlier programme developed and piloted measures which are now being mainstreamed with financial support from the BMZ special initiative. To capitalise on and replicate these experiences across Jordan and Lebanon, the current programme is active in three complementary areas:

These action areas are aligned with national strategies and objectives as well as the existing activities of other national and international actors. They are flexibly adapted to each country.

In the Palestinian territories, while it maintains the earlier cooperation with the selected communities, the programme is also integrating new communities. In Jordan and Lebanon, it is prioritising communities that are strongly affected as host areas for migrants and the growing number of refugees. The programme focuses on women who shape community development as civil society actors or who hold a municipal office (some on a voluntary basis) or technical positions in local government in the selected cities, rural communities and villages. The greater involvement of women in local government and municipal service delivery depends on support from men, especially the mayors and heads of administration who are usually men. For this reason, the programme involves men in all its activities.

The project is part of a special initiative designed to stabilise and promote development in North Africa and the Middle East run by Germany’s Federal Ministry for Economic Cooperation and Development (BMZ). Through the projects that make up this special initiative, BMZ is helping to open up economic and social prospects for people in the region. Within this context, an additional sum of more than EUR 200 million has been earmarked for projects carried out by GIZ and other implementing organisations in the period from 2014 to 2019. The thematic focus is on youth and employment promotion, economic stabilisation, democracy and stabilising neighbouring countries in crisis situations.