UNFPA Radically Transforms the Delivery of Medical Support in Yemen

A new Humanitarian Action Overview report released today by UNFPA names Yemen as the country where the needs of women and girls in humanitarian emergencies are greatest. Conditions in the country have steadily collapsed, resulting in internal displacement, food insecurity and cholera outbreaks — all exacerbated by COVID-19.

Over 80 percent of Yemen's population requires some form of assistance, among them are more than 1.2 million pregnant and breastfeeding women who are acutely malnourished. Only half of Yemen’s health-care facilities remain operational, and gender-based violence is on the rise.

Since January, the UNFPA has reached nearly 3 million people in the country and radically transformed the delivery of medical support that safeguards the lives of women, girls, and young people.

Fact: Fifty percent of health-care facilities in Yemen have shut down, and conflict has displaced more than 3.6 million people.

The fix: Delivering healthcare, literally. Masadah Saleh Nasser, a 37-year-old mother of eight was pregnant with her ninth child when her family was forced to flee their home to a displacement camp in Marib. A UNFPA mobile reproductive health team provided critical antenatal care, safely delivered the baby, and followed up with post-natal care as well as family planning services. “I will ensure that [my daughters] are made aware of risks of ignoring family planning,” said Ms. Nasser.

Fact: Only 20 per cent of health-care facilities offer maternal and child health care services. One woman and six newborns die in childbirth every two hours.

The fix: Transforming health care facilities to provide maternal health services. Before UNFPA's intervention, many women had to travel long hours to reach a hospital with an adequate maternity ward. When Khawla Mizjaji, 23, went into labor, it took her husband four hours to take her to Al Tuhayta Rural Hospital. Ms. Mizjaji had eclampsia, which endangered her life and those of her twins. Medical staff were able to deliver the babies safely and stabilize their mother. Before UNFPA helped the hospital upgrade its maternity ward, the closest hospital to the Mizjajis was an additional three hours away. “We used to go to the Mocha District to receive treatment,” said Ms. Mizjaji’s husband, “but having this hospital nearby saves us lots of hardship and traveling.” 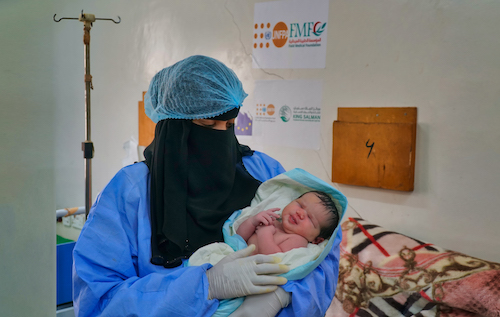 Before UNFPA's intervention, many women had to travel long hours to reach a hospital with an adequate maternity ward. 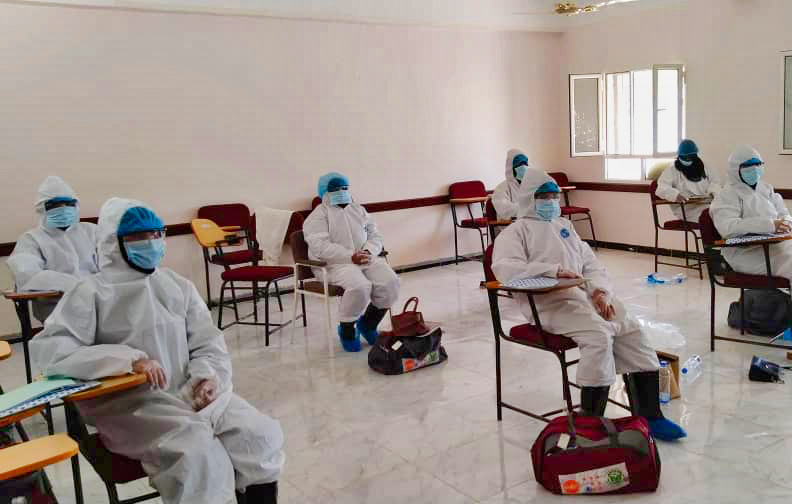 This year, UNFPA has trained more than 300 midwives.

Fact: Six out of ten births take place without a skilled attendant.   The fix: Training, training, training. This year, UNFPA has trained more than 300 midwives. At a recent session in Socotra, Muna Zakaria was one of 24 trainees who learned how to identify signs of complications before childbirth and in a newborn in distress. She was able to refer Norrah Aisa, who was exhibiting signs of pregnancy complications, to a hospital where Ms. Aisa had her baby. “Training not only improves women’s health but saves lives,” said Ms. Zakaria.

The fix: Economically empowering women and girls. UNFPA has established 55 safe spaces for women and girls that offer livelihood training programmes. Ruba’s* husband died when violence in their area escalated. She and her three children fled to an internally displaced persons camp, where she joined a safe space and took a dressmaking programme. “I am sewing masks for families in displacement camps who cannot afford to buy them from the market,” Ruba said. “I am sewing them with so much care and satisfaction because I can help someone else who is displaced like me.” 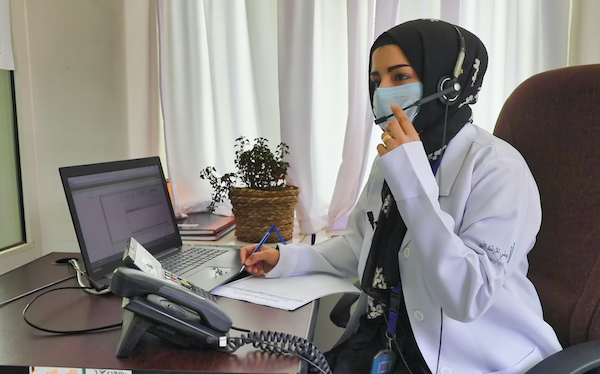 Fact: One in 5 people in Yemen suffer from mental health disorders, according to a 2017 study, and years of war and a global pandemic have likely caused that number to rise.

The fix: Closing the mental health services gap. UNFPA operates 18 toll-free tele-counselling hotlines and six specialized psychological care centers. Forced to marry two decades earlier, Suad* suffered at the hands of a physically and emotionally abusive husband. When her husband kicked her out, she endured serious depression. But she found help through a tele-counselling hotline, and then through psychotherapy sessions. After six months of treatment, she is on the road to recovery.